Carmen and Other Works 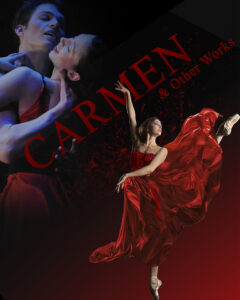 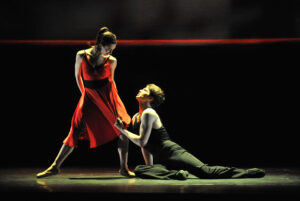 Originally an Opera by Georges Bizet, Carmen is one of the most performed and recognized operas globally. The popular one-act ballet was created in 1967 by Cuban dancer Alberto Alonso. Danced first by the famous Maya Plisetskaya for the Bolshoi Ballet, it is an entertaining ballet with audacious harmonies and irresistible melodies. Alonso’s production was banned in the soviet at the time as it was deemed disrespectful to Bizet’s work. Eventually, Schedrin’s music became widely accepted which aided in the ballet’s success. Carmen continues to remain popular and is considered to be the most frequently performed ballet based on Bizet’s opera. 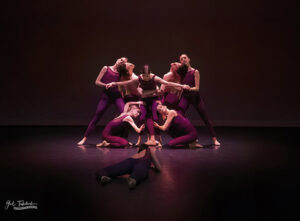 A message from Philippe A. Jacques, choreographer of “Tell me your story 1,000 times”

My partner Armando and I worked together on the narrative and content of this piece. We’ve worked together on a few pieces and it’s been nice to connect that way again. We started with the idea of unpacking the notion of pornography of suffering. Society often upholds certain moral sensibilities but are contrastingly fascinated/entranced by stories of pain. More specifically the pain of historically marginalized people. The story evolved to cover other aspects of this marginalization. For instance, we started to explore how society places subaltern voices in a box and uses their Otherness to frame their narratives and impose its preconceived ideas on them.  Even when the subaltern acquiesces, the sacrifice is never enough to be granted the same respect and treatment as non-marginalized people.

This is discussed in the plot line of Tell Me Your Story 1000 Times:

The Dancer has been invited to perform their story for the Audience. After an almost sacrilegious music choice in their opening solo (you can’t use Swan Lake if it isn’t Swan Lake!), the Dancer is asked by the Audience to share something “more personal.” The Audience seems to have an expectation of what the Dancer’s story should be and are uninterested in deviations from these preconceptions. The Audience has no reservations demanding that the Dancer exposes their pain, for their consumption. Consequently, the Dancer repeatedly performs, labours, modifies, and tries to meet the Audience’s expectations, until they are completely consumed by their demands.

The theme is also reflected in the music, which starts off with Swan Lake as explained before, but moves on to three versions of an anonymous folk song, La Llorona (the weeping woman), which speaks about difference, error, and rejection. The first version is contemporary violin by Strad, which backgrounds a traditional boy-girl duet. The second version is by Chavela Vargas and backgrounds a piece that is queer. The final version is contemporary folk and is by amazing Ariel Venadito, and it backgrounds a section very much about exclusion.

Something that is also important to highlight is that I try in all my pieces to have equal balance of power between all dancers, and so the partnering is made as equal as possible in terms of who is leading, pulling, and lifting, no matter the genders of the dancers.

To finish, I hope you enjoy the dancers and our work. A big thank you to Ballet Victoria, especially Paul Destrooper, and the Canada Council for the Arts for their support in this creation. 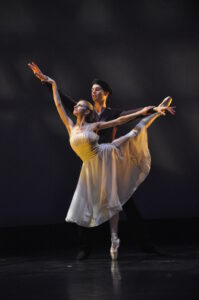 Carmen is world-renowned for its exciting score that has become recognizable in popular culture. The original score, composed by frenchman Georges Bizet, was made for the opera of the same name. The opera remains very popular but the music has been adapted for the ballet. Alberto Alonso’s Carmen features composer Rodion Schedrin who sets Bizet’s original music with many unexpected rhythmic changes and subtle twists. Bizet’s score was made for the opera featuring the singers while Schendrin’s composition uses more percussion and staccato (notes performed sharply) to create dynamics in place of the vocals. Carmen continues to be an acclaimed piece for the arts from the orchestra, the operatic vocals, to the captivating storytelling in the ballet.

Ballet Victoria invites you to a virtual performance of all new works!
Due to ongoing COVID restrictions, BV decided to come directly to your home. Destrooper’s new balletCarmen, set to Bizet’s flamboyant score is sure to ignite your passion while Montreal choreographer, Phillipe A. Jacques, is premiering a contemporary work created via Zoom. Set to the beautiful Mexican folk music “La Llorona”, Jacques’ “Tell me your story 1,000 Times” is deeply moving and seamless.

Innovation and original creations are BV’s staples and this season, BV is the only dance company in Canada who has completed and shared three new full productions.
We are now asking for your support to raise $50,000 to bring you this latest offering. Any donation made in March and April will provide you with a tax receipt and a link to the performance of Carmen as well as a chance to win a surprise gift!