The Gift of the Nutcracker 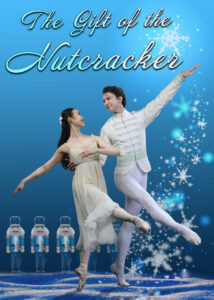 Ticket info
Info about this production
The Composer
Ticket info

Info about this production

The Nutcracker was originally commissioned by the Director of the Russian Imperial Theatres, who reached out to Pyotr Ilych Tchaikovsky in 1980 to begin writing the score. According to one of Tchaikovsky’s brothers, Tchaikovsky was “very little pleased with the subject of The Nutcracker.” However, it grew on him, as he wrote to a friend “I am daily becoming more and more attuned to my task.” The ballet first premiered in 1892 in Saint Petersburg at the Mariinsky Theatre. It was not considered a success, initially. However, the Nutcracker Suite that Tchaikovsky pieced together into a 20-minute work from the entire score was widely accepted by audiences at first listen. The ballet version of The Nutcracker began to grow in popularity in the 1960s after George Balanchine’s staging in New York City, and it is now considered a holiday classic by many.

Ballet Victoria is proud to have eliminated all colonial stereotypes that have are found in many versions of The Nutcracker, and instead celebrate the best of each culture represented in the divertissements in Act II. 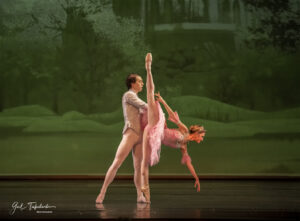 Pyotr Ilyich Tchaikovsky is one of the most popular Russian composers of all time. His work includes 7 symphonies, 11 operas, 3 ballets, 5 suites, and much more. In the ballet world, he is recognized famously for his music composition of Swan Lake, The Sleeping Beauty, and The Nutcracker. Tchaikovsky’s work is celebrated all over the world and has been used in movie adaptations and other works of art. His Nutcracker Suite has become a staple for the holidays and continues to be played by orchestras around the world.

Tchaikovsky introduces a new musical instrument that hadn’t been heard in Russia prior to The Nutcracker– the celesta. In “The Dance of the Sugar Plum Fairy,” the famous tinkling, crystalline sound is performed by the celesta.