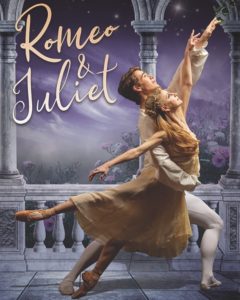 Experience the passion of first love and the turmoil of heartbreak in Ballet Victoria’s interpretation of Romeo and Juliet to Prokofiev’s celebrated score. Spectacular dancing, dramatic swordplay and powerful music bring the story of this Shakespearean tragedy and its star-crossed lovers to life. 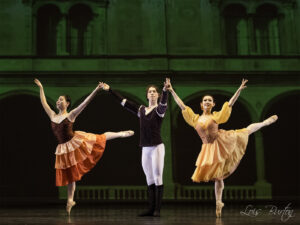 The ballet Romeo and Juliet first premiered in 1940 in the Kirov, now Mariinsky theatre. Leonoid Lavrosky’s Choreography in combination with Prokofiev’s score made for a dramatic retelling of the famous Shakespearean tragedy. However, the ballet was not an immediate success and initially received heavy criticism before being accepted by ballet critics. Today Prokofiev’s score is considered to be the quintessential retelling of this timeless tale, with music that perfectly captures and depicts each character’s personality and emotions. Romeo and Juliet remains one of the most popular ballets with almost all ballet companies staging their own version of the production. 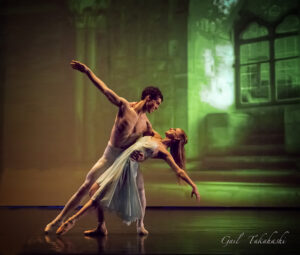 While most associate the story of Romeo and Juliet to the famous playwright William Shakespeare, the tragic tale of these two lovers existed long before Shakespeare ever set pen to paper. The plot was based on an Italian story, Romeo and Giulietta, which was translated into an English poem, The Tragical History of Romeus and Juliet by Arthur Brooke in 1562. In 1567 the story was reimagined once again in William Painter’s book The Palace of Pleasure.It is thought that William Shakespeare wrote his now famous version sometime between 1591 and 1595, borrowing heavily from previous works but expanding the plot with the addition of his own supporting characters like Mercutio and Paris. 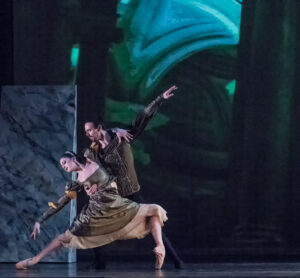 Sergei Prokofiev’s score for Romeo and Juliet is perhaps one of the most iconic pieces of work related to the famous Shakespearean tragedy. The score is designed to closely mimic the plot of the ballet with instrumentation that reflects the personality and emotions of each character. Written in 1935, Prokofiev introduced character-specific themes throughout the score. ‘Young Juliet’ starts with light running lines which suggest youth and innocence. A slower theme for Juliet suggests tenderness and warmth while the final theme is a high melody foreshadowing her grief at the end of the ballet. Prokofiev does this throughout the score not only with the major characters, but also supporting roles like Mercutio and the knights. Prokofiev’s ingenuity in music composition ties in with character themes and personalities as if the music is speaking for the characters.